A Novel
by Elizabeth Wetmore

“This story has just... I'm gobsmacked. It was a love letter to west Texas and the women who live there. It was a pointed finger to the way sexism and racism beat people down until they, as Mary Rose says as she aimed her Winchester, "need to kill someone." The language could be as dry as a tapped oil field at times while rising at others to become as lush and colorful as a sunrise in a place where the horizon stretches forever.”

“This story is incredibly important and always will be while rape culture continues to exist and thrive. Gloria Ramirez, a 14-year-old Mexican American is raped by Dale Strickland, adult white man. When she shows up on Mary Rose's porch beaten, bruised, and desperate for help, Mary Rose can't help but try and protect her. But Southern traditions and strong, and justice may never be served in the way we want it to. As I listened to the audiobook, my heart was continually being broken, and these characters will stay with me for a long time. ”

“After listening to the first chapter of Elizabeth Wetmore's debut (which I guarantee you will RIP through), it is easy to expect the rest of the book to be either a thriller or a courtroom drama. You would be wrong in these assumptions, but far from disappointed. In February 1976 in Odessa, Texas, after the assault and rape of a fourteen-year-old Mexican girl at the hands of the town's high school golden boy, we the readers are introduced to a cast of strong and flawed women and are shown how this heinous crime rocks the small town they inhabit to its core. Through their eyes, we see the underbelly; our fingers are placed on the pulse of this small town. We see the nature of suburban life and the poison that seeps through the cracks of the American dream where bigotry and misogyny sweep across the landscape as ordinary at the dusty winds on the oil patches that blemish Odessa and the miles of hostile desert beyond. What is strength and where does it come from when justice is so hard to come by? I was hanging on to every word of Valentine as if Wetmore was wringing out the last drops of water from an old rag into my parched mouth. I listened and re-listened to each gorgeous sentence until it seared into my brain. This masterful debut, both tender and serrated, beautifully captures the spirit of the new and old west... it is not easily forgotten.”

“Before starting this book, you should block out the next 24 hours on your calendar because you will not be able to do anything else. Valentine is reminiscent of Disappearing Earth in its multi-voice portrayal of the vulnerability, resilience, solidarity, fury, and tenacity of girls and women in the man’s world of oil-booming West Texas in the 1970s. These unforgettable characters are the spiritual sisters of Tami Taylor from Friday Night Lights. I was haunted by them, I rooted for them, I’ve been them, and I won’t forget them.”

Written with the haunting emotional power of Elizabeth Strout and Barbara Kingsolver, an astonishing debut novel that explores the lingering effects of a brutal crime on the women of one small Texas oil town in the 1970s.

It’s February 1976, and Odessa, Texas, stands on the cusp of the next great oil boom. While the town’s men embrace the coming prosperity, its women intimately know and fear the violence that always seems to follow.

In the early hours of the morning after Valentine’s Day, fourteen-year-old Gloria Ramírez appears on the front porch of Mary Rose Whitehead’s ranch house, broken and barely alive. The teenager had been viciously attacked in a nearby oil field—an act of brutality that is tried in the churches and barrooms of Odessa before it can reach a court of law. When justice is evasive, the stage is set for a showdown with potentially devastating consequences.

Valentine is a haunting exploration of the intersections of violence and race, class and region in a story that plumbs the depths of darkness and fear, yet offers a window into beauty and hope. Told through the alternating points of view of indelible characters who burrow deep in the reader’s heart, this fierce, unflinching, and surprisingly tender novel illuminates women’s strength and vulnerability, and reminds us that it is the stories we tell ourselves that keep us alive.

Elizabeth Wetmore is a graduate of the Iowa Writers’ Workshop. Her fiction has appeared in Epoch, Kenyon Review, Colorado Review, Baltimore Review, Crab Orchard Review, Iowa Review, and other literary journals. She is the recipient of a fellowship from the National Endowment for the Arts and two fellowships from the Illinois Arts Council, as well as a grant from the Barbara Deming Foundation. She was also a Rona Jaffe Scholar in Fiction at Bread Loaf and a Fellow at the MacDowell Colony, and one of six Writers in Residence at Hedgebrook. A native of West Texas, she lives and works in Chicago. 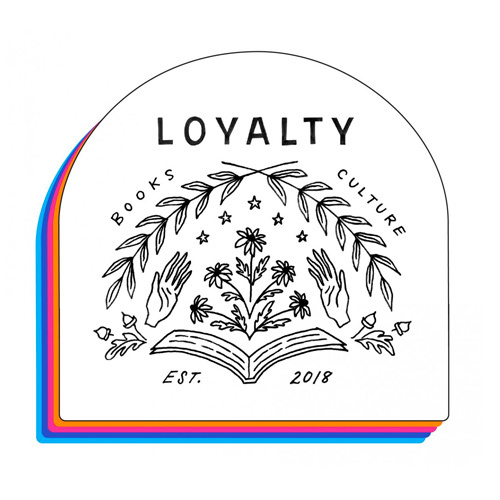