Fire on the Track

When Betty Robinson assumed the starting position at the 1928 Olympic Games in Amsterdam, she was participating in what was only her fourth-ever organized track meet. She crossed the finish line as a gold medalist and the fastest woman in the world. This improbable athletic phenom was an ordinary high school student, discovered running for a train in rural Illinois mere months before her Olympic debut. Amsterdam made her a star.

But at the top of her game, her career (and life) almost came to a tragic end when a plane she and her cousin were piloting crashed. So dire was Betty's condition that she was taken to the local morgue; only upon the undertaker's inspection was it determined she was still breathing. Betty, once a natural runner who always coasted to victory, soon found herself fighting to walk.

While Betty was recovering, the other women of Track and Field were given the chance to shine in the Los Angeles Games, building on Betty's pioneering role as the first female Olympic champion in the sport. These athletes became more visible and more accepted, as stars like Babe Didrikson and Stella Walsh showed the world what women could do. And—miraculously—through grit and countless hours of training, Betty earned her way onto the 1936 Olympic team, again locking her sights on gold as she and her American teammates went up against the German favorites in Hitler's Berlin.

Told in vivid detail with novelistic flair, Fire on the Track is an unforgettable portrait of these trailblazers in action. 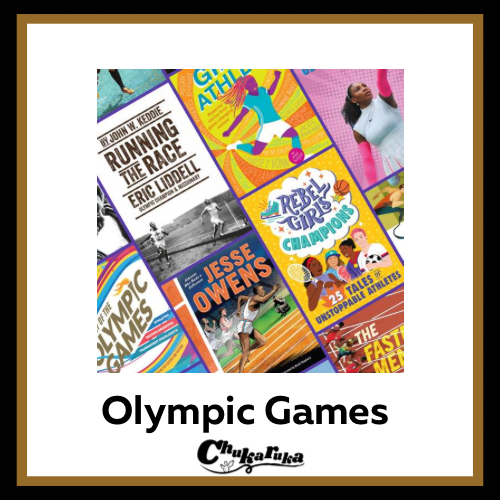 "This inspiring story of trail-blazing women centers on Betty Robinson, the first female Olympic champion in track. Roseanne Montillo’s retelling makes for a riveting book that reveals how a group of indefatigable women triumphed at the 1932 Los Angeles games."
—Entertainment Weekly

“A worthy addition to the genre...Montillo succinctly adds context to prevailing—and appalling—views and thus elevates the accomplishments of all the women competing in track.”
—New York Times Book Review

“Compelling stories of the first women track stars in the early years of the Olympics.”
—Bill Littlefield, Boston Globe

"Montillo writes about [Betty Robinson] and her era with precision."
—Wall Street Journal

"A tightly woven, flowing narrative... Just as Laura Hillenbrand, in Unbroken, earned acclaim for resurrecting the life of Louis Zamperini, an overlooked American war hero and Olympian, Montillo deserves praise for sharing with honesty and integrity the remarkable stories of these resilient trailblazers. This is a must-read, certain to inspire a new generation of athletes with its fascinating slice of Olympic and women’s sports history."
—Booklist (starred)

"Rich... this well-balanced biography and history of a groundbreaking female track star recalls a time and an athlete worth celebrating. Sports enthusiasts and women's history buffs will be captivated by Robinson and her fellow trailblazers. Montillo's in-depth research and highly accessible style make this a timely and appropriate choice for public and school libraries."
—Library Journal

"Fire on the Track tells the powerful story of one woman’s success in breaking an early glass ceiling in women’s Olympic sports.  The triumph, tragedy, and redemption that punctuated Betty Robinson’s life present a commentary on 1930’s America and the trailblazing courage of ordinary women to change the country’s thinking about the abilities of their gender. Using anecdote and insight, Montillo has written an important book, bringing to light a resonant piece of history."
—Lucinda Franks, winner of the Pulitzer Prize and author of Timeless: Love, Morgenthau and Me

"Roseanne Montillo has written a must-read, exhilarating story about a remarkable time in American sports history when women proved that they could be champions. Going against cultural expectations, these athletes managed to achieve greatness during the toughest of times. Betty Robinson is a hero for the ages. Her breathtaking journey from catastrophe to ultimate victory made me stand up and cheer!"
—Lydia Reeder, author of Dust Bowl Girls

"Here's an uplifting new entry for your shelf of Olympics inspiration. Male rowers have Boys in the Boat and female runners now have Fire on the Track. The dawn of women's track comes to life in history that reads like fiction, brimming with character and drama."
—William Martin, New York Times bestselling author of  Cape Cod and The Lincoln Letter    Expand reviews