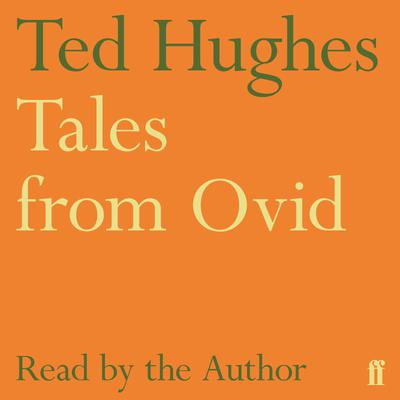 From his remarkable debut The Hawk in the Rain (1957) to his death in 1998, Ted Hughes was a colossal presence in the English literary landscape. He was also admired as a performer of his own work. Tales from Ovid, Ted Hughes's masterful versions of stories from Ovid's Metamorphoses, includes those of Phaeton, Actaeon, Echo and Narcissus, Procne, Midas and Pyramus and Thisbe, as well as many others.

Ted Hughes (1930-1998) was born in Yorkshire. His first book, The Hawk in the Rain, was published by Faber and Faber and was followed by many volumes of poetry and prose for adults and children, including Wolfwatching (1989). He received the Whitbread Book of the Year for both Tales from Ovid (1997) and Birthday Letters (1998). He was Poet Laureate from 1984, and in 1998 he was appointed to the Order of Merit.

'A breathtaking book . To compare his versions with the Latin is to be awestruck again and again by the range and ingenuity of his poetic intelligence' John Carey, Sunday Times

'Magnificent ... Ovid's Metamorphoses captured the European imagination from Chaucer onwards and Hughes's treatment brings them back into the centre of our minds ... His Tales are not so much a version as a reliving'
P.J. Kavanagh, Daily Telegraph