The murder of a Pakistani social media star exposes a culture divided between accelerating modernity and imposed traditional values—and the tragedy of those caught in the middle.

In 2016, Pakistan’s first social media celebrity, Qandeel Baloch, was murdered in a suspected honor killing. Her death quickly became a media sensation. It was both devastatingly routine and breathtakingly brutal, and in a new media landscape, it couldn’t be ignored.

Qandeel had courted attention and outrage with a talent for self-promotion that earned her comparisons to Kim Kardashian—and made her the constant victim of harassment and death threats. Social media and reality television exist uneasily alongside honor killings and forced marriages in a rapidly, if unevenly, modernizing Pakistan, and Qandeel Baloch’s story became emblematic of the cultural divide.

In this deftly reported and artfully told account, Sanam Maher reconstructs the story of Qandeel’s life and explores the depth and range of her legacy from her impoverished hometown rankled by her infamy, to the aspiring fashion models who follow her footsteps, to the Internet activists resisting the same vicious online misogyny she faced. Maher depicts a society at a crossroads, where women serve as an easy scapegoat for its anxieties and dislocations, and teases apart the intrigue and myth-making of the Qandeel Baloch story to restore the humanity of the woman at its center.

Sanam Maher is a journalist who writes about Pakistan’s culture, business, politics, religious minorities, and women. Her work has appeared in the New York Times, Al Jazeera, and BuzzFeed, among other places. A Woman Like Her is her first book.

Fluent in Hindi, Urdu, and English, Deepti Gupta has an international career spread across India, Singapore, Pakistan, and the United States. As a narrator she brings an open and curious perspective to the author's work. Her natural global/international accent makes her a great choice for an author who is writing to appeal to a global readership/listenership. As an actress she has earned praise from the New York Times for her performance in the feature film Walkaway, and also stars in Record/Play (a sci-fi love story) which was an official selection at Sundance 2013. She earned her MFA in acting from the University of Texas at Austin, an MA in theater studies from the National University of Singapore, and BA in English literature from Delhi University. Besides working as an actress and voice talent, she also works as a consultant with corporate firms and businesses to help expand and deepen their diversity and inclusion strategies. 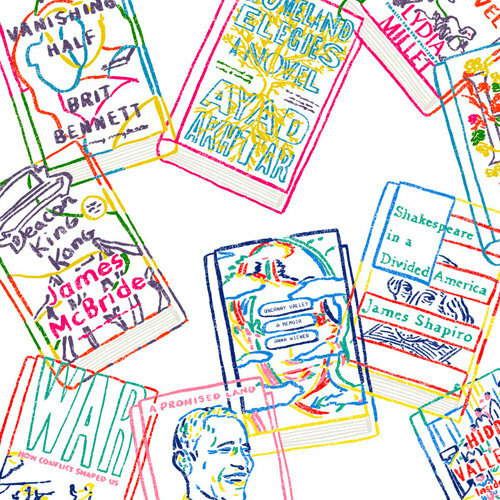 “An exemplary work of investigative journalism…delves into the story of a woman as misunderstood in death as in life.”

“Unfolds like a thriller, only it’s true…Maher’s investigation of Baloch’s life and death is remarkable: It is not just the story of one rebellious woman but a study of an entire country and culture in collision.”

“This fascinating portrait of Qandeel Baloch, Pakistan’s first big female internet sensation, is also a skillfully reported account of a country in which conservative mores conflict with the pace of social change, and in which women all too often pay the price.”

“Maher’s courageous reporting for her first book deserves recognition. She entered into male dominated and often hostile spaces—despite pushback—to pursue the truth behind Baloch’s meteoric rise and tragic fall. The result is a fascinating, richly detailed tribute to the fearlessness with which Baloch pursued her dreams.”

“A compelling account of the tragic fate of a creative woman who might have excelled brilliantly in any other milieu.”

“Immersive and eye-opening…This deeply researched account illuminates the qualities that made [Baloch] so galvanizing in life as well as death.”

“A breakthrough book, A Woman Like Her bracingly illuminates an increasingly global if yet under-covered phenomenon: the tragic collision between the forged selves of social media and the brute realities of ordinary life. It also describes, with rare intimacy, some profound cultural tumult in a society that is largely known for its political dramas.”

“The highest calibre of investigative journalism, written with tragedy, poetry, and passion befitting of its subject.”

“Qandeel was a marvellous blaze. She set our dark world on fire and made enough light to expose the hypocrisies of Pakistan’s pious patriarchy. In Sanam Maher’s terrific and necessary book, these flames burn brighter than ever.”

“Sanam Maher has put out the highest caliber of investigative journalism, written with tragedy, poetry, and passion befitting of its subject.”

“A book about killing that tells us how we live now. Sanam Maher has her ear to the ground and a storyteller’s voice that is intimate and yet soars to the skies.”

“A terrific achievement. Sanam Maher’s sensitive, nuanced portrait restores humanity, in all its complexity, to her subject.”

“Only one of Pakistan’s finest young writers could carry weighty themes like honor, fame, and violence with such deliberation and poise.”

“Written without judgement, without pandering, without reducing its subject to a stereotype, this book is brilliant and terrifying.”

“Qandeel was a marvellous blaze…In Sanam Maher’s terrific and necessary book, these flames burn brighter than ever.”