A Novel
by Megan Goldin

“Megan Goldin’s debut is sheer perfection. I was enthralled, obsessed, and utterly delighted from the gripping first chapter to the very end. The genuine quality of Goldin’s voice is so engaging, you feel like you’re discussing your favorite topics with a best friend. In The Escape Room, four investment bankers trapped in an overheated elevator reach a literal and figurative boiling point as survival becomes questionable. As these deeply flawed central characters fight to keep it together, a mysterious force works behind the glass walls to ensure they leave the elevator changed forever, if they leave at all. I loved every second of this novel and simply cannot wait to tell everyone about it!”

This program includes a bonus interview with the author.

Welcome to the escape room. Your goal is simple. Get out alive.

In the lucrative world of finance, Vincent, Jules, Sylvie, and Sam are at the top of their game. They’ve mastered the art of the deal and celebrate their success in style—but a life of extreme luxury always comes at a cost.

Invited to participate in an escape room as a team-building exercise, the ferociously competitive co-workers crowd into the elevator of a high rise building, eager to prove themselves. But when the lights go off and the doors stay shut, it quickly becomes clear that this is no ordinary competition: they’re caught in a dangerous game of survival.

Trapped in the dark, the colleagues must put aside their bitter rivalries and work together to solve cryptic clues to break free. But as the game begins to reveal the team’s darkest secrets, they realize there’s a price to be paid for the terrible deeds they committed in their ruthless climb up the corporate ladder. As tempers fray, and the clues turn deadly, they must solve one final chilling puzzle: which one of them will kill in order to survive?

Praise for The Escape Room:

MEGAN GOLDIN, author of THE ESCAPE ROOM and THE NIGHT SWIM, worked as a correspondent for Reuters and other media outlets where she covered war, peace, international terrorism and financial meltdowns in the Middle East and Asia. She is now based in Melbourne, Australia where she raises three sons and is a foster mum to Labrador puppies learning to be guide dogs. 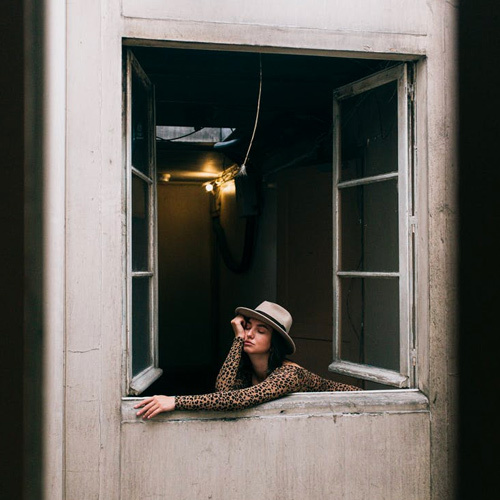 Books for when you're stuck inside