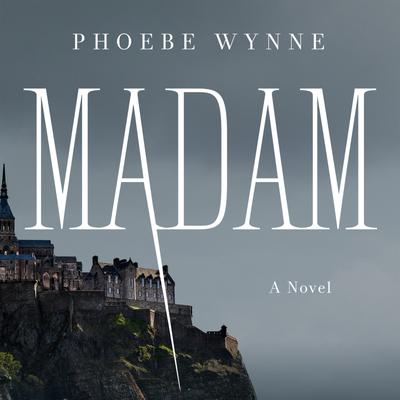 “On a remote peninsula in Scotland sits Caldonbrae Hall, exceedingly elite girls’ boarding school for Britain’s most powerful and wealthy, plus a few others. When Rose enters this gothic castle, she has no idea what awaits her. Caldonbrae of the 1990s seems stuck firmly in the previous century, with its ancient traditions closely guarded. As Rose slowly learns the traditions and secrets of the school, she becomes more appalled and more trapped in its powerful web. As the classics teacher, Rose focuses her lessons on the women and goddesses of ancient Greece, and some of her students begin to crave these stories of strong women, and to wonder about the possibility of a life beyond that prescribed by Caldonbrae Hall. A sort of Jane Eyre meets Mean Girls, this captivating novel carries us into an eerie institution where all are imprisoned in one way or another with little hope of escape.”

Phoebe Wynne's Madam is a riveting, modern gothic debut with shades of The Secret History, The Stepford Wives, and a dash of Circe, set at a secretive all girls’ boarding school perched on a craggy Scottish peninsula.

For 150 years, high above rocky Scottish cliffs, Caldonbrae Hall has sat untouched, a beacon of excellence in an old ancestral castle. A boarding school for girls, it promises that the young women lucky enough to be admitted will emerge “resilient and ready to serve society.”

Into its illustrious midst steps Rose Christie: a 26-year-old Classics teacher, Caldonbrae’s new head of the department, and the first hire for the school in over a decade. At first, Rose is overwhelmed to be invited into this institution, whose prestige is unrivaled. But she quickly discovers that behind the school’s elitist veneer lies an impenetrable, starkly traditional culture that she struggles to reconcile with her modernist beliefs--not to mention her commitment to educating “girls for the future.”

It also doesn’t take long for Rose to suspect that there’s more to the secret circumstances surrounding the abrupt departure of her predecessor--a woman whose ghost lingers everywhere--than anyone is willing to let on. In her search for this mysterious former teacher, Rose instead uncovers the darkness that beats at the heart of Caldonbrae, forcing her to confront the true extent of the school’s nefarious purpose, and her own role in perpetuating it.

A darkly feminist tale pitched against a haunting backdrop, and populated by an electrifying cast of heroines, Madam will keep listeners engrossed until the breathtaking conclusion.

"Imagine if Donna Tartt and Margaret Atwood got together to write a creepy, suspenseful novel about a school for young women in the Scottish Highlands...Brooding and unsettling, Wynne paints a gorgeous picture that only serves to camouflage the dark secrets she's hidden within."––Chandler Baker, New York Times bestselling author of Whisper Network