From Ausma Zehanat Khan, the critically acclaimed author of The Unquiet Dead and The Language of Secrets,comes Among the Ruins, another powerful audiobook exploring the interplay of politics and religion, and the intensely personal ripple effects of one woman’s murder.

On leave from Canada’s Community Policing department, Esa Khattak is traveling in Iran, reconnecting with his cultural heritage and seeking peace in the country’s beautiful mosques and gardens. But Khattak’s supposed break from work is cut short when he’s approached by a Canadian government agent in Iran, asking him to look into the death of renowned Canadian-Iranian filmmaker Zahra Sobhani. Zahra was murdered at Iran’s notorious Evin prison, where she’d been seeking the release of a well-known political prisoner. Khattak quickly finds himself embroiled in Iran’s tumultuous politics and under surveillance by the regime, but when the trail leads back to Zahra’s family in Canada, Khattak calls on his partner, Detective Rachel Getty, for help.

Rachel uncovers a conspiracy linked to the Shah of Iran and the decades-old murders of a group of Iran’s most famous dissidents. Historic letters, a connection to the Royal Ontario Museum, and a smuggling operation on the Caspian Sea are just some of the threads Rachel and Khattak begin unraveling, while the list of suspects stretches from Tehran to Toronto. But as Khattak gets caught up in the fate of Iran’s political prisoners, Rachel sees through to the heart of the matter: Zahra’s murder may not have been a political crime at all.

AUSMA ZEHANAT KHAN holds a Ph.D. in international human rights law with a specialization in military intervention and war crimes in the Balkans. She is the author of the award-winning Esa Khattak and Rachel Getty mystery series, which begins with The Unquiet Dead, as well as the critically acclaimed Khorasan Archives fantasy series. Her new crime series featuring Detective Inaya Rahman begins with Blackwater Falls. She is also a contributor to the anthologies Private Investigations, Sword Stone Table, and The Perfect Crime, and the former Editor-in-Chief of Muslim Girl magazine. A British-born Canadian and former adjunct law professor, Khan now lives in Colorado with her husband. 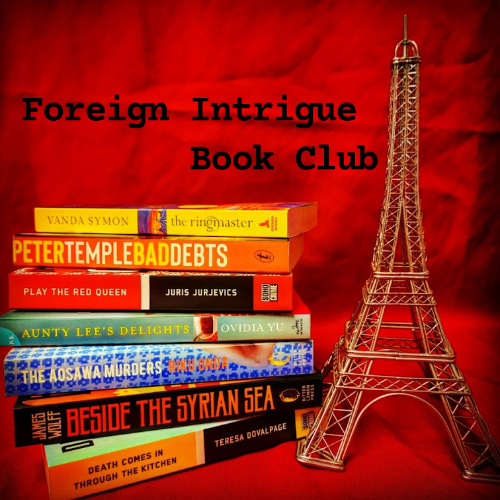