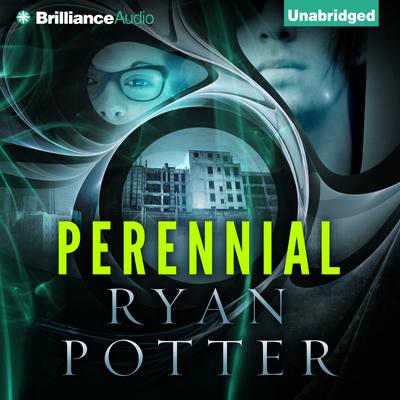 Perennial is all around you.

On the morning of the first day of senior year, Alix Keener awakens from a vivid, terrifying dream in which a ghostly boy warns her: Perennial is all around you. Shaking off the dream—and the cryptic message—is just what Alix doesn’t need as she starts a new life in Beaconsfield, the posh Detroit suburb she and her dad recently moved to after her mom’s death.

Alix manages to ignore the mysterious message until one of her new classmates, the alluring Lewis Wilde, mentions it—he knows something about Perennial, and hints that it has to do with a boy who died in Alix’s bedroom. Suddenly wracked by waking visions, Alix finds herself teaming up with Lewis to uncover the truth.

Alix’s developing psychic abilities become more powerful, but reality becomes increasingly unclear. Alix wants to trust Lewis, but a shadowy person named Vagabond hints that Alix’s trust may be misplaced. As things become more dangerous and complex, Alix must choose whether to use her burgeoning psychic powers or risk losing everything that matters to her.

This book was initially released in episodes as a Kindle Serial. All episodes are now available for immediate download as a complete book.