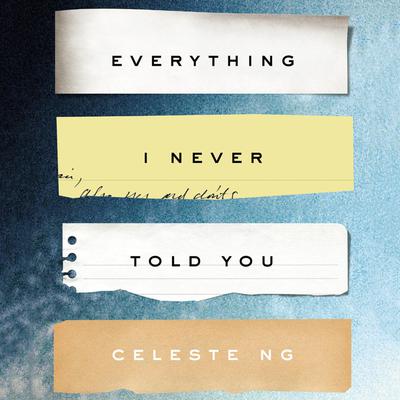 Everything I Never Told You

Everything I Never Told You

“This has been a critically acclaimed book and a commercial success, and deservedly so. It’s subtle and heartbreaking – if you love dysfunctional families and books that explore the complexities of psychology and relationships and being an outsider, this one’s for you. “Lydia is dead,” it begins. “But they don’t know that yet.” The writing is so moving and perceptive, and we had a fabulous discussion about it at book club.”

A haunting debut novel about a mixed-race family living in 1970s Ohio and the tragedy that will either be their undoing or their salvation.

So begins the story in this exquisite debut novel about a Chinese American family living in a small town in 1970s Ohio. Lydia is the favorite child of Marilyn and James Lee; their middle daughter, a girl who inherited her mother’s bright blue eyes and her father’s jet-black hair. Her parents are determined that Lydia will fulfill the dreams they were unable to pursue—in Marilyn’s case that her daughter become a doctor rather than a homemaker, in James’ case that Lydia be popular at school, a girl with a busy social life and the center of every party.

When Lydia’s body is found in the local lake, the delicate balancing act that has been keeping the Lee family together is destroyed, tumbling them into chaos. James, consumed by guilt, sets out on a reckless path that may destroy his marriage. Marilyn, devastated and vengeful, is determined to find a responsible party, no matter what the cost. Lydia’s older brother, Nathan, is certain the neighborhood bad boy Jack is somehow involved. But it’s the youngest of the family, Hannah, who observes far more than anyone realizes—and who may be the only one who knows the truth about what happened.

A profoundly moving story of family, history, and the meaning of home, Everything I Never Told You is both a gripping page-turner and a sensitive family portrait, exploring the divisions between cultures and the rifts within a family and uncovering the ways in which mothers and daughters, fathers and sons, and husbands and wives struggle, all their lives, to understand one another.

“If we know this story, we haven’t seen it yet in American fiction, not until now. . . . Ng has set two tasks in this novel’s doubled heart—to be exciting, and to tell a story bigger than whatever is behind the crime. She does both by turning the nest of familial resentments into at least four smaller, prickly mysteries full of secrets the family members won’t share. . . . What emerges is a deep, heartfelt portrait of a family struggling with its place in history, and a young woman hoping to be the fulfillment of that struggle. This is, in the end, a novel about the burden of being the first of your kind—a burden you do not always survive.” 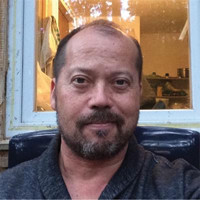 “On the surface, this is about a mixed-race Asian-American family dealing with and trying to solve the mysterious death of their favorite teenaged daughter in ‘70s Ohio (this isn’t a spoiler, it happens in the first sentence). What it’s really about all the ways we can be an ‘other’—in society, in our own marriages, in our jobs, and to our parents or children. It’s also about pressure—the pressure to be with people who are like ourselves, and to fit in, and to be everything our parents want us to be. It’s about giving up your career to become a wife and mother, and what that means and doesn’t mean. It’s about dealing with prejudice. It’s about secrets and happiness and misery, and all the things we never tell the people we love. It’s about everything, is what I’m saying, and not a single word is wasted or superfluous.” 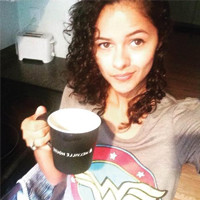 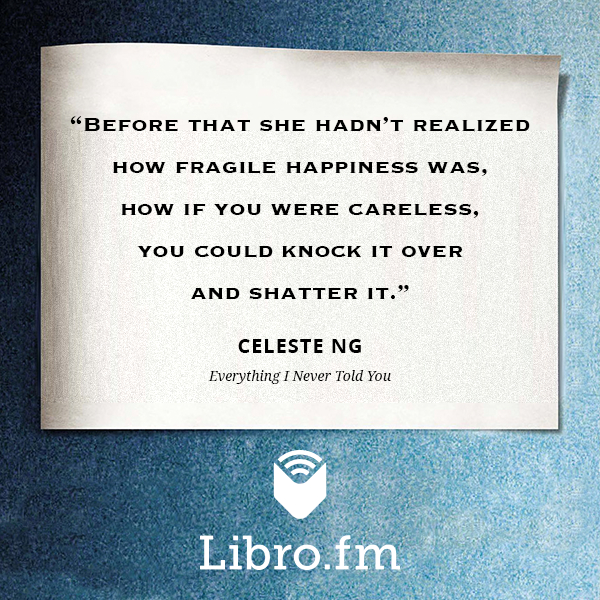 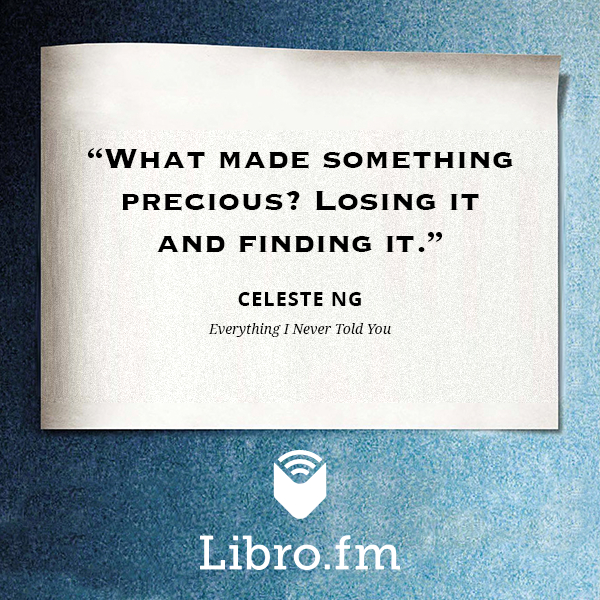 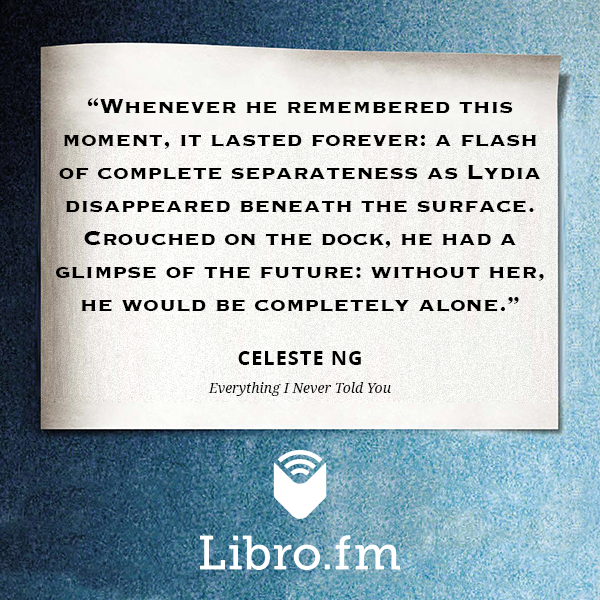 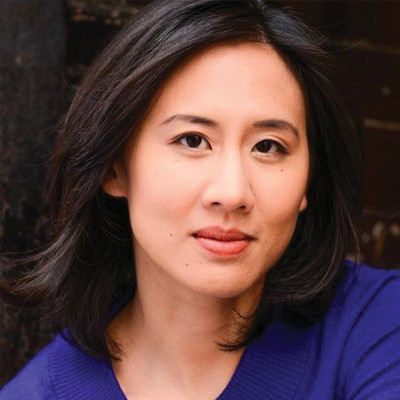 Celeste Ng is the author of the novel Everything I Never Told You. She grew up in Pittsburgh, Pennsylvania, and Shaker Heights, Ohio, in a family of scientists. Her fiction and essays have appeared in One Story, TriQuarterly, Bellevue Literary Review, and elsewhere, and she is a recipient of the Pushcart Prize. She attended Harvard University and earned an MFA from the University of Michigan. Currently, she lives in Cambridge, Massachusetts, with her husband and son.

“Excellent . . . an accomplished debut . . . heart-wrenching. . . . Ng deftly pulls together the strands of this complex, multigenerational novel. Everything I Never Told You is an engaging work that casts a powerful light on the secrets that have kept an American family together—and that finally end up tearing it apart.”

“A powerhouse of a debut novel, a literary mystery crafted out of shimmering prose and precise, painful observation about racial barriers, the burden of familial expectations, and the basic human thirst for belonging. . . . Ng’s novel grips readers from page one with the hope of unraveling the mystery behind Lydia’s death—and boy does it deliver, on every front”

“Both a propulsive mystery and a profound examination of a mixed-race family, Ng’s explosive debut chronicles the plight of Marilyn and James Lee after their favored daughter is found dead in a lake.”

The Leftovers
The New York Times

Review: Everything I Never Told You

Notice to our customers about Everything I Never Told You