Shadow Country is Peter Matthiessen’s reimagining of the legend of E. J. Watson, the Everglades sugarcane planter and notorious outlaw of the wild Florida frontier. Vividly capturing the American hinterlands at the turn of the twentieth century, it traces the story of Watson through eyewitness perspectives as he drives himself relentlessly toward his own violent end at the hands of neighbors who mostly admired him.

Shadow Country traverses strange landscapes and frontier hinterlands inhabited by Americans of every provenance and color, including the black and Indian inheritors of the archaic racism that, as Watson’s wife observed, “still casts its shadow over the nation.” Originally written as three separate, acclaimed novels, this is Matthiessen’s bold new distillation of his monumental work. Tightened and brilliantly rewritten throughout, he has collapsed the time frame while deepening the insights and motivations of his characters, achieving his original vision of the Watson trilogy.

Peter Matthiessen was the cofounder of the Paris Review and is the author of numerous works of nonfiction, including In the Spirit of Crazy Horse, Indian Country, and The Snow Leopard, winner of the National Book Award.

Anthony Heald, an Audie Award–winning narrator, has earned Tony nominations and an Obie Award for his theater work; appeared in television’s Law & Order, The X-Files, Miami Vice, and Boston Public; and starred as Dr. Frederick Chilton in the 1991 Oscar-winning film The Silence of the Lambs. Heald has also won numerous AudioFile Earphones Awards. He lives in Ashland, Oregon, with his family. 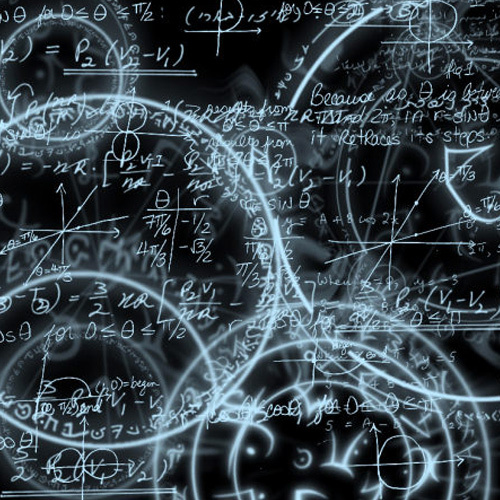 “The life and times of Florida frontiersman E.J. Watson are meticulously chronicled in Matthiessen’s National Book Award-winning masterpiece. Combining three novels in one, the book follows Watson from his early years to his bloody demise, as recounted by his family and friends. The story is brought to life by the gifted Heald, who creates a cosmos of compelling characters, each as believable as the last, and imbues the environment with an atmosphere of chilling menace. Despite the book’s sprawling length, readers will be hooked by this magnificent listening experience.”

“Magnificent and capacious…I’ll just say right here that the book took my sleeve and like the ancient mariner would not let go…Finally now we have these books welded like a bell, and with Watson’s song the last sound, all the elements fuse and resonate…a breathtaking saga.”

“Shadow Country is a magnum opus. Matthiessen is meticulous in creating characters, lyrical in describing landscapes, and resolute in dissecting the values and costs that accompanied the development of this nation.”

“Peter Mattiessen consolidates his epic masterpiece of Florida—and crafts something even better…[He] deserves credit for decades of meticulous research and obsessive details and soaring prose that converted the Watson legend into critically acclaimed literature…Anyone wanting an explanation for what happened to Florida can now find it in a single novel, a great American novel.”

“Matthiessen is writing about one man’s life in Shadow Country, but he is also writing about the life of the nation over the course of half a century. Watson’s story is essentially the story of the American frontier, of the conquering of wild lands and people, and of what such empires cost…Even among a body of work as magnificent as Matthiessen’s, this is his great book.”

“Shadow Country is an ambitious, lasting, and meaningful work of literature that will not soon fade away. It is a testament to Mr. Matthiessen’s integrity as an artist that he felt compelled to return to the Watson material to produce this work and satisfy his original vision…a multifaceted work that can be read variously or simultaneously as a psychological novel, a historical novel, a morality tale, a political allegory, or a mystery.”

“Matthiessen’s Watson trilogy is a touchstone of modern American literature…after six or seven years of re-creation…the three books are in one volume for the first time, and the result is remarkable…Where Watson was a magnificent character before, he comes across as nothing short of iconic here; it’s difficult to find another figure in American literature so thoroughly and convincingly portrayed.”

“[A] masterpiece…The story is brought to life by the gifted Heald, who creates a cosmos of compelling characters, each as believable as the last, and imbues the environment with an atmosphere of chilling menace. Despite the book’s sprawling length, readers will be hooked by this magnificent listening experience.”

“Shadow Country is altogether gripping, shocking, and brilliantly told, not just a tour de force in its stylistic range, but a great American novel, as powerful a reading experience as nearly any in our literature. This magnificent, sad masterpiece about race, history, and defeated dreams can easily stand comparison with Ralph Ellison’s Invisible Man and Robert Penn Warren’s All the King’s Men. Little wonder, too, that parts of the story of E.J. Watson call up comparisons with Dostoevsky, Conrad, and, inevitably, Faulkner. In every way, Shadow Country is a bravura performance, at once history, fiction, and myth—as well as the capstone to the career of one of the most admired and admirable writers of our time.”

“Gorgeously written and unfailingly compelling, Shadow Country is the exhilarating masterwork of [Matthiessen’s] career, every bit as ambitious as Moby Dick.”

“Oh, how lucky we are to live in an age in which three acclaimed novels can be had in one publication. These literary touchstones…[were] all celebrated as original and important. Now the author has reworked them extensively to combine them and make them even better. Anthony Heald so inhabits this work that it’s difficult to imagine anyone else narrating it. He produces vivid characters with an elastic voice that elicits a multitude of emotions in the listener. Employing superb pacing, he uses the author’s words to create a suspenseful atmosphere that keeps the listener engaged.”