“Reading a book by Ann Leckie is very much like trying an unusual new food; after a taste of it your regular meat-and-potatoes reading will seem plain by comparison. The Raven Tower is fantasy for philosophers, brimming with intrigue, nuance, and some absolutely fascinating mythological twists. Plus, the magnificence of the book aside, I would listen to Adjoa Andoh read a shopping list.”

SHORTLISTED FOR THE 2020 WORLD FANTASY AWARD
Gods meddle in the fates of men, men play with the fates of gods, and a pretender must be cast down from the throne in this masterful first fantasy novel from Ann Leckie, New York Times bestselling author and winner of the Hugo, Nebula, and Arthur C. Clarke Awards.

For centuries, the kingdom of Iraden has been protected by the god known as the Raven.

He watches over his territory from atop a tower in the powerful port of Vastai. His will is enacted through the Raven's Lease, a human ruler chosen by the god himself. His magic is sustained by the blood sacrifice that every Lease must offer. And under the Raven's watch, the city flourishes.

But the Raven's tower holds a secret. Its foundations conceal a dark history that has been waiting to reveal itself. . .and to set in motion a chain of events that could destroy Iraden forever.
"It's a delight to read something so different, so wonderful and strange." -- Patrick Rothfuss

Ann Leckie is the author of the Hugo, Nebula, Arthur C. Clarke, and British Science Fiction Award-winning novel Ancillary Justice. She has worked as a waitress, a receptionist, a rodman on a land-surveying crew, and a recording engineer. She lives in St. Louis, Missouri. 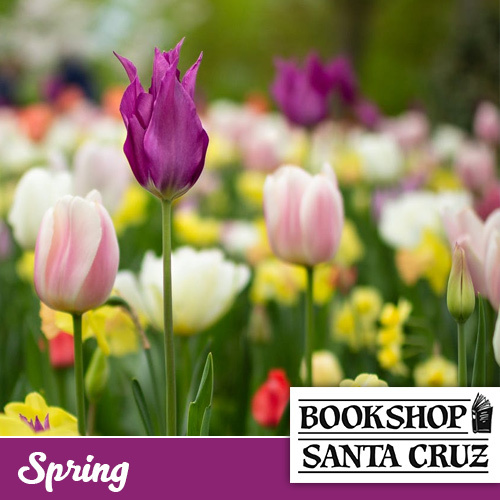 "Sharp, many layered, and, as always for Leckie, deeply intelligent."— Kirkus (starred review) "Leckie's tale takes on a mythic, metafictional quality...and the story's elements weave into a stunning conclusion. This impressive piece of craftsmanship cements Leckie's place as a powerful voice in both SF and fantasy."— Publishers Weekly (starred review) "Leckie has a gift for using language both as worldbuilding and as plot device ... The Raven Tower spins out its mysteries before gleefully setting fire to them in the last few pages."—NPR "Award-winner Leckie proves as adept at worldbuilding as ever-the setting and characters of The Raven Tower are as rich as any we encountered in Imperial Radch space-but it is the mode of narration that truly distinguishes her first novel-length foray into fantasy. Much like Hamlet, from which The Raven Tower draws clear inspiration, Leckie's is a story filled with complicated, very human people, as well as the forces that move around them, guiding them ever so slightly toward choices both good and bad."—B&N SciFi & Fantasy Blog "Leckie has an ear for language, an eye for character and a gift for creating new worlds and cultures... [her] examination of power, politics and governance is fascinating and well-conceived."—St. Louis Post-Dispatch "A powerhouse epic of humans and gods at war, deeply imagined and profoundly thrilling. There are echoes of Shakespeare and Le Guin in The Raven Tower, but its strange dark brilliance could only have come from Ann Leckie."—Lev Grossman "The Raven Tower is a unique, intricate fantasy set in a fascinating world of gods who are at once formidable and vulnerable. Original and powerful -- I loved it. Highly recommended for fans of N. K. Jemisin or Guy Gavriel Kay."—Django Wexler "Earthsea's elegance meets Sanderson's clever magic in this talon-sharp saga of divinity and revenge. Ann Leckie is unstoppable."—Seth Dickinson "Absolutely wonderful. The god's voice is mesmerizing, tender and careful....feels closer to the register of folk tale than epic, and is all the more riveting for that."—New York Times Book Review "Leckie has created an enthralling and well-realized fantasy world, full of not only magic and gods but also characters representing a broad spectrum of gender and sexuality. Highly recommended for...anyone looking for exciting and boundary-pushing fantasy."— Booklist (starred review) "Part epic of diplomacy, part meditation on the unknown, this fantasy debut from the author of the modern sci-fi classic Ancillary Justice is a knotted rope that slowly comes unteased until it all unravels, satisfyingly and compellingly, at the end."—Slate "I've been reading fantasy my whole life. After all these years, it's a delight to read something so different, so wonderful and strange."—Patrick Rothfuss "The Raven Tower is an enormously compelling novel. It may draw inspiration from Hamlet, but...it reweaves the fabric of Shakespeare's play into cloth of a different color entirely. Leckie's worldbuilding is deep and thorough, showing us the edges of a broad, rich, complicated world, and her characters are fascinating."—Tor.com "A gripping story that's one part mystery, one part a new history of the world, The Raven Tower is an incredible fantasy, told by one of the most unique voices I've had the privilege of reading."—S. A. Chakraborty "Leckie's first foray into fantasy is every bit as exciting as her 2013 sci-fi debut, Ancillary Justice."
—Bustle Expand reviews