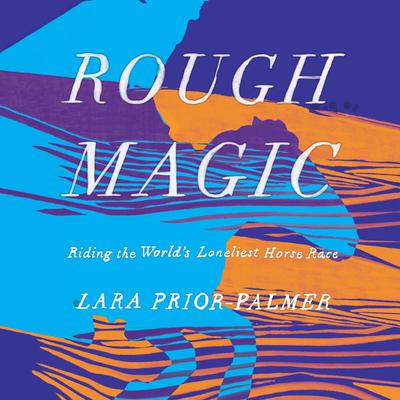 “When Lara Prior-Palmer decided to ride in the 1,000-mile-long horse race known as the Mongol Derby, she had limited prior experience riding horses, almost no time to train for it, and a restless energy she needed to do something with. At the end of a grueling 10 days, she became the youngest person to ever win the world’s longest horse race. In this reflective and incredibly insightful debut memoir, Lara’s harshly beautiful sentences reflect both the Mongolian landscape and the realities of human nature when pushed to the extreme. Don’t let endless planning and preparation get in the way of your dreams. Learn from Prior-Palmer: sometimes just winging it is the best course of action.”

“Lara Prior-Palmer’s journey in the Mongol Derby is one of excitement, pain, and profound inner dialogue. There was not a moment in this fast-paced memoir where my attention wavered. Prior-Palmer weaves a coming-of-age tale with expert grace and worldly knowledge alongside an intensely riveting competition against herself and the land. Rough Magic is a fantastically written and introspective memoir worthy of great praise.”

At the age of nineteen, Lara Prior-Palmer discovered a website devoted to "the world's longest, toughest horse race"—an annual competition of endurance and skill that involves dozens of riders racing a series of twenty-five wild ponies across 1,000 kilometers of Mongolian grassland. On a whim, she decided to enter the race. As she boarded a plane to East Asia, she was utterly unprepared for what awaited her.

Riders often spend years preparing to compete in the Mongol Derby, a course that recreates the horse messenger system developed by Genghis Khan, and many fail to finish. Prior-Palmer had no formal training. She was driven by her own restlessness, stubbornness, and a lifelong love of horses. She raced for ten days through extreme heat and terrifying storms, catching a few hours of sleep where she could at the homes of nomadic families. Battling bouts of illness and dehydration, exhaustion and bruising falls, she decided she had nothing to lose. Each dawn she rode out again on a fresh horse, scrambling up mountains, swimming through rivers, crossing woodlands and wetlands, arid dunes and open steppe.

Told with terrific suspense and style, Rough Magic captures the extraordinary story of one young woman who forged ahead, against all odds, to become the first female winner of this breathtaking race.