A Novel
by Cherie Priest

“A light and comedic police procedural mystery with a psychic travel agent as the sidekick sounds weird, but is just quirky enough to work. Leda is a fun main character, even if we have to question her small business choice in today’s world. And if the main storyline wasn’t quirky enough already, we also get to enjoy her channeling her psychic abilities through singing karaoke to answer the unspoken questions of patrons at her favorite local dive bar. Speaking of which, her friendship circle is delightful, and although it primarily focused on her bestie Niki, I loved the little bits we got of the whole bar crew. Priest also did a good job in developing the working relationship between Leda and Detective Grady Merritt. Seattle made the perfect backdrop and became a character itself. I love feeling dropped right into the setting. Checking the boxes for cozy, entertaining and easy to read (or listen to!), I will definitely be on the lookout for the next one.”

“An engaging, quirky police procedural set in Seattle. There is even psychic karaoke! Great characters with a past and a present day murder to solve. I'm hopeful this will be a series! Narrator on the Libro.fm audio book was excellent.”

A psychic travel agent and a Seattle PD detective try to solve a murder in this “ebullient tap dance of a mystery” (Christopher Moore, New York Times bestselling author)—perfect for fans of Lisa Lutz’s The Spellman Files and Elle Cosimano’s Finlay Donovan series.

Meet Leda Foley: devoted friend, struggling travel agent, and inconsistent psychic. Impulsively re-booking Seattle PD detective Grady Merritt’s flight, she has no idea that her life is about to change in ways she could have never foretold.

When his original plane blows up on the runway, Grady begins to suspect that Leda’s special abilities could help him with a cold case he just can’t crack. Despite her scattershot premonitions, she agrees to join the investigation for a secret reason: her fiancé’s murder remains unsolved.

Leda’s psychic abilities couldn’t help that sad case, but she’s been honing her skills and drawing a crowd at her favorite bar’s open-mic nights, where she performs her klairvoyant karaoke—singing whatever song comes to mind when she holds people’s personal effects. Now joined by a ragtag group of bar patrons and pals, Leda and Grady set out to catch a killer—and learn how the two cases that haunt them have more in common than they ever suspected.

Cherie Priest is the author of two dozen books and novellas, including the horror novel The Toll, acclaimed gothic Maplecroft, and the award-winning Clockwork Century series, beginning with Boneshaker. She has been nominated for the Hugo Award and the Nebula Award, and she won the Locus Award for best horror novel. Her books have been translated into nine languages in eleven countries. She lives in Seattle, Washington, with her husband and a menagerie of exceedingly photogenic pets. 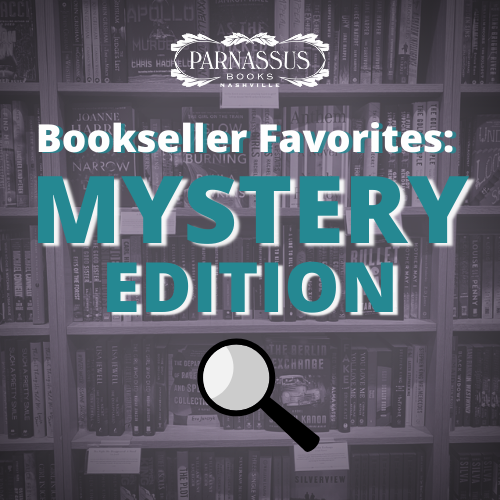 "Mohanty captures the sly and witty tone of this audiobook perfectly, leaning into the humor and semi-ridiculous plot while never losing sight of its serious issues. Leda is dealing with unresolved grief and guilt, both of which Mohanty presents with care and compassion. Secondary characters are easy to distinguish and delightfully depicted, adding to the listener’s enjoyment. A promising series opener, narrated with flair and empathy." Expand reviews