A year ago, Sunny Nwazue, an American-born girl Nigerian girl, was inducted into the secret Leopard Society. As she began to develop her magical powers, Sunny learned that she had been chosen to lead a dangerous mission to avert an apocalypse, brought about by the terrifying masquerade, Ekwensu. Now, stronger, feistier, and a bit older, Sunny is studying with her mentor Sugar Cream and struggling to unlock the secrets in her strange Nsibidi book.

Eventually, Sunny knows she must confront her destiny. With the support of her Leopard Society friends, Orlu, Chichi, and Sasha, and of her spirit face, Anyanwu, she will travel through worlds both visible and invisible to the mysterious town of Osisi, where she will fight a climactic battle to save humanity.

Nnedi Okorafor, born to Igbo Nigerian parents in Cincinnati, Ohio, on April 8, 1974, is an author of fantasy and science fiction for both adults and younger readers. Her books include the Tor.com novella Binti, which won the 2015 Hugo and Nebula Awards; the children's book Long Juju Man, which won the 2007-08 Macmillan Writer's Prize for Africa; and the novels Who Fears Death (World Fantasy Award winner) and Akata Warrior (Lodestar and Locus Award winner). She is an associate professor of creative writing and literature at the University at Buffalo.

Better known as the goddess Bilquis on the Starz series American Gods, Nigerian-born actress Yetide Badaki has been seen performing all around the world. With an MFA in theater from Illinois State University, she moved on to win acclaim in many notable theaters in Chicago, including the famed Victory Gardens Theater. Now in LA, Yetide continues to act on stage as well as work in film and television. Her other television credits include ABC's Lost, the Fox show Touch, and Criminal Minds on CBS. Her film credits include Cardinal X, The Buried Girl, and A Chance of Rain. 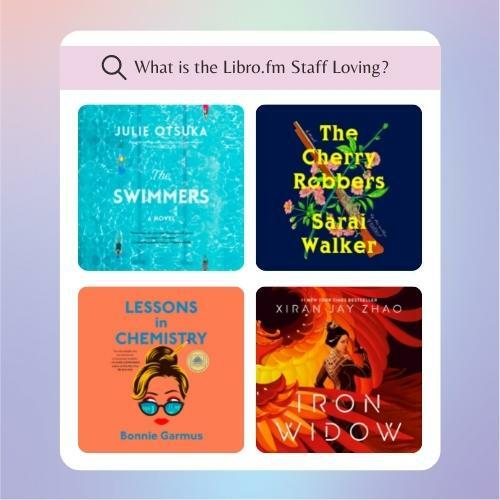 "This title is a unique coming of age story, coupling the distinct experience of the cultural duality as both African and African-American." -BCCB, Starred Review Expand reviews