Michael Mann, four-time-Oscar-nominated writer-director of The Last of the Mohicans, The Insider, Ali, Miami Vice, Collateral, and Heat teams up with Edgar Award–winning author Meg Gardiner to deliver Mann’s first novel, an explosive return to the universe and characters of his classic crime film—with an all-new story unfolding in the years before and after the iconic movie

One day after the end of Heat, Chris Shiherlis (Val Kilmer) is holed up in Koreatown, wounded, half delirious, and desperately trying to escape LA. Hunting him is LAPD detective Vincent Hanna (Al Pacino). Hours earlier, Hanna killed Shiherlis’s brother in arms Neil McCauley (De Niro) in a gunfight under the strobe lights at the foot of an LAX runway. Now Hanna’s determined to capture or kill Shiherlis, the last survivor of McCauley’s crew, before he ghosts out of the city.

In 1988, seven years earlier, McCauley, Shiherlis, and their highline crew are taking scores on the West Coast, the US-Mexican border, and now in Chicago. Driven, daring, they’re pulling in money and living vivid lives. And Chicago homicide detective Vincent Hanna—a man unreconciled with his history—is following his calling, the pursuit of armed and dangerous men into the dark and wild places, hunting an ultraviolent gang of home invaders.

Meanwhile, the fallout from McCauley’s scores and Hanna’s pursuit cause unexpected repercussions in a parallel narrative, driving through the years following Heat.

Heat 2 projects its dimensional and richly drawn men and women into whole new worlds—from the inner sanctums of rival crime syndicates in a South American free-trade zone to transnational criminal enterprises in Southeast Asia. The novel brings you intimately into these lives. In Michael Mann’s Heat universe, they will confront new adversaries in lethal circumstances beyond all boundaries.

Heat 2 is engrossing, moving, and tragic—a masterpiece of crime fiction with the same extraordinary ambitions, scope, and rich characterizations as the epic film.

Michael Mann is a world-renowned director, screenwriter, producer, and one of the most innovative and influential filmmakers in American cinema. Mann has written and directed award-winning television movies and series (including Miami Vice and Crime Story) and feature films including Manhunter, The Last of the Mohicans, Heat, The Insider, Ali, and Miami Vice. He has produced numerous feature films, including Academy Award-winner The Aviator (directed by Martin Scorsese and starring Leonardo DiCaprio and Cate Blanchett) and directed several commercially successful, critically acclaimed projects including the feature film Collateral (starring Tom Cruise) and the pilot for the HBO series Luck (starring Dustin Hoffman). Mann has won many prestigious awards, including a BAFTA for Best Film (The Aviator), a Golden Globe for Best Picture/Drama (The Aviator), and an NBR Award for Best Director (Collateral). Mann lives in Los Angeles.

Meg Gardiner is the author of sixteen acclaimed, award-winning novels. Her thrillers have been bestsellers in the U.S. and internationally and have been translated into more than twenty languages. China Lake won an Edgar Award and UNSUB, the first in Gardiner’s acclaimed UNSUB series, won a Barry Award. Her third UNSUB novel, The Dark Corners of the Night, has been bought by Amazon Studios for development as a television series. A former lawyer, three-time Jeopardy! champion, and two-time president of Mystery Writers of America, Gardiner lives in Austin, Texas. 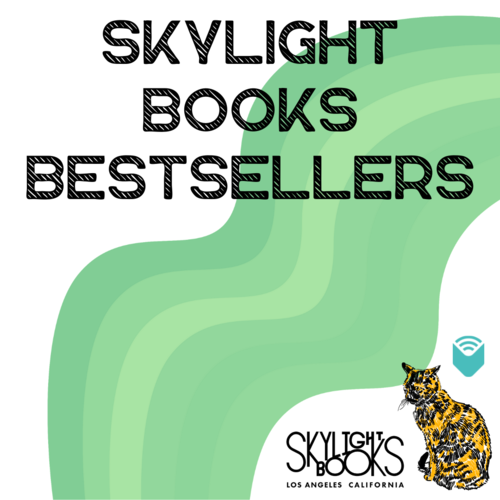