A shocking, groundbreaking oral history of the infamous Rikers jail complex and an unflinching portrait of injustice and resilience told by the people whose lives have been forever altered by it

“This mesmerizing and gut-wrenching book shows the brutal realities that tens of thousands of people have been forced to navigate, and survive, in America’s most notorious jail.”—Piper Kerman, New York Times bestselling author of Orange is the New Black

What happens when you pack almost a dozen jails, bulging at the seams with society’s cast-offs, onto a spit of landfill purposefully hidden from public view? Prize-winning journalists Graham Rayman and Reuven Blau have spent two years interviewing more than 130 people comprising a broad cross section of lives touched by New York City's Rikers Island prison complex—from incarcerated people and their relatives, to officers, lawyers, and commissioners, with stories spanning the 1970s to the present day. The portrait that emerges calls into question the very nature of justice in America.

Offering a 360-degree view inside the country’s largest detention complex, the deeply personal accounts—featured here for the first time—take readers on a harrowing journey into every corner of Rikers, a failed society unto itself that reflects society’s failings as a whole.

Dr. Homer Venters was shocked by the screams on his first day working at Rikers: “They’re in solitary, just yelling . . . the yelling literally never stops.” After a few months, though, Dr. Venters notes, one's ears adjust to the sounds. Nestor Eversley recalls how detainees made weapons from bones. Barry Campbell recalls hiding a razor blade in his mouth—“just in case”.

These are visceral stories of despair, brutality, resilience, humor, and hope, told by the people who were marooned on the island over the course of decades. As calls to shutter jails and reduce the number of incarcerated people grow louder across the country, with the movement to close the island complex itself at the forefront, Rikers is a resounding lesson about the human consequences of the incarceration industry. 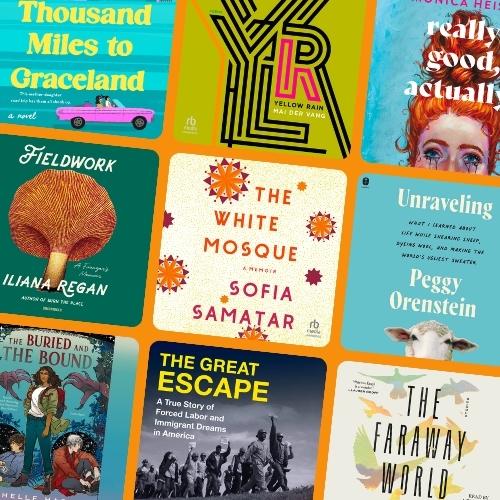 “This impressive book throws a lot at you. . . . The authors are apparently excellent interviewers. They get people to say extraordinary things. . . . Reading Rikers, you begin to understand those who have called for closing the prison entirely. . . . The final chapters of this book are intensely moving.”—Dwight Garner, The New York Times

“In Rikers, Graham Rayman and Reuven Blau shatter a century-old code of silence by skillfully amplifying the words of the people who have been there—those who have been detained in horrific conditions, those who work there in desperate circumstances, and those who are responsible for an institution where it costs more than half a million dollars a year to incarcerate one person. This mesmerizing and gut-wrenching book shows the brutal realities that tens of thousands of people have been forced to navigate, and survive, in America’s most notorious jail.”—Piper Kerman, New York Times bestselling author of Orange Is the New Black

“I read Rikers like a wildly disturbing novel too mesmerizing to put down. As a journalist, I’m awed that such a book is even possible. How could anyone capture this detailed a view from inside the beast? Somehow, Rayman and Blau have pulled it off. This is one of the most impressive pieces of journalism I’ve ever read.”—Sebastian Junger, #1 New York Times bestselling author of War, Tribe, and The Perfect Storm

“Rikers is a profound examination of a storied facility. It is simply a must-read for anyone interested in ending mass incarceration or the history of prisons and jails. The stories within highlight the sheer cruelty of the corrections system, the resounding hope of the people trapped within, and the possibilities of something altogether new and better. A stunning work.”—DeRay Mckesson, activist and author of On the Other Side of Freedom

“A multivocal tour of hell on Earth . . . If there were ever an argument for prison reform, it’s in these pages.”—Kirkus Reviews (starred review) Expand reviews