From the #1 New York Times bestselling author of Furiously Happy and Let’s Pretend This Never Happened comes a deeply relatable audiobook filled with humor and honesty about depression and anxiety.

If you enjoyed Bitter is the New Black, then you’ll love Broken (in the best possible way).

“I accidentally didn't heed my friends adamant recommendations to read Jenny Lawson. I generally just prefer fiction. But let me tell you something! I'm a true convert now. I busted out in belly laughs. I held my breath in sorrow. I nodded "YES!" in unity. I'm now a proud, full fledged, card carrying member of the 'Jenny Lawson is My Imaginary Bestie Club.'”

“Jenny Lawson is and will forever be my crazy, taxidermied spirit animal. In Broken she managed to make me snort coffee from my nose in laughter, then grasp at my aching heart a moment later in mutual grief. There's so much exposed nerve in this book that it is impossible not to get sucked into her vulnerability. I think she'd want you to know it's okay to come on over and linger in the pain. Just, you know, not TOO close next to her. Personal space and all that.”

“Once again, Jenny Lawson has written a loquacious, hilarious, gorgeous, tear-inducing book that brought my soul some much needed comfort. As someone who struggles with a cornucopia of mental illnesses, Lawson’s books are uniquely enjoyable as she doesn’t sugar coat the awfulness of said struggles, but also gives space for the ridiculous hilarity or unexpected beauty that also comes with living with mental illness. While Broken has a stronger thread of sadness throughout its pages than her previous memoirs, it is also the one that I would describe as the most hopeful.”

If you enjoyed Meaty, then you’ll love Broken (in the best possible way).

“I've said it before and I'll say it again: Jenny Lawson is a genius. She can make me sob uncontrollably from both laughter and the heartbreakingly honest way she talks about mental illness. She takes the worst things in life and finds a way to laugh through them. Her ability to bring people together in a celebration of human awkwardness is just beautiful. This book provided much needed relief and escape from the divisiveness of the world.”

“I do love reading Jenny Lawson's books, but I have to admit: I love listening to them more. It's like having her sit with me, telling me stories, making me crack up and squirt water through my nose. It is hilarious and thoughtful at the same time. And definitely the perfect thing for right now. ”

“San Antonio author Jenny Lawson's newest collection was worth the wait! We have giggled over her previous book, FURIOUSLY HAPPY, many times here at the store. Now, we have BROKEN (IN THE BEST POSSIBLE WAY). Her hilarious, meandering life stories had me laughing in every chapter. Not only does she make comedy out of her (#relatable) social missteps and quirky passions, she also freely shares her mental health journey, adding poignant thoughts along the way on identity, love, and family. Listen to the author herself read the audiobook, which has a bonus chapter reflecting on the pandemic.”

If you enjoyed Me Talk Pretty One Day, then you’ll love Broken (in the best possible way).

“Maybe a voice artist could have read Jenny Lawson's third memoir and listeners would laugh till they cried....and then cried. But I doubt it. With her lilting delivery, Jenny (the popular Bloggess) presents her self-deprecating stories and complex, absurd (but, maybe true?) tales, of life with her patient husband Victor, their daughter, and the family pets, including Hunter S. Tomcat. With encouragement and emphasizing "you are not alone" Jenny again honestly shares her experiences with depression and mental illness, including a poignant "Open letter to my insurance company." In "Awkwardness brings us Together" she reads the replies to her recent tweet of a social faux pas, a litany of dozens of readers' most embarrassing moments. With Jenny in your headphones, be prepared to explain to people around you, "What is so FUNNY?"”

“Lawson speaks to all of us who are weird, wacky, and unafraid (but, really, often afraid) to share our quirks with the world. Some chapters of this book moved me deeply, where it felt as though she was narrating my own life. Other chapters made me ugly laugh, the type that turns strangers’ heads in public. I’m so happy I was given the opportunity to start 2021 with this book. It set the bar high for hope in the year to come, and for the books that will be read.”

As Jenny Lawson’s hundreds of thousands of fans know, she suffers from depression. In Broken (in the bests possible way), Jenny brings listeners along on her mental and physical health journey, offering heartbreaking and hilarious anecdotes along the way.

With people experiencing anxiety and depression now more than ever, Jenny humanizes what we all face in an all-too-real way, reassuring us that we’re not alone and making us laugh while doing it. From the business ideas that she wants to pitch to Shark Tank to the reason why Jenny can never go back to the post office, Broken leaves nothing to the imagination in the most satisfying way. And of course, Jenny’s long-suffering husband Victor—the Ricky to Jenny’s Lucille Ball—is present throughout.

A treat for Jenny Lawson’s already existing fans, and destined to convert new ones, Broken is a beacon of hope and a wellspring of laughter when we all need it most. 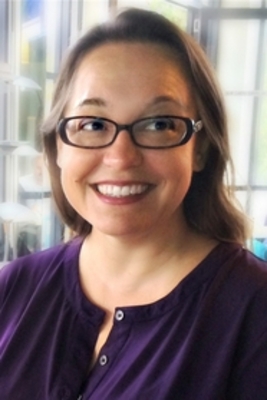 Jenny Lawson is an award-winning humorist known for her great candor in sharing her struggle with mental illness. She lives in Texas with her husband and daughter and was constantly “buying too many books” (“Not a real thing,” she insists), so she decided to skip the middleman and just started her own bookshop, which also serves booze because books and booze are what magic is made of. She has previously written Let’s Pretend This Never Happened and Furiously Happy, both of which were #1 New York Times bestsellers. She also wrote , which inexplicably made it onto the New York Times bestseller list in spite of the fact that it was basically a very fun coloring book. She would like to be your friend unless you’re a real asshole. And yes, she realizes that this whole paragraph is precisely the reason she shouldn’t be allowed to write her own bio. 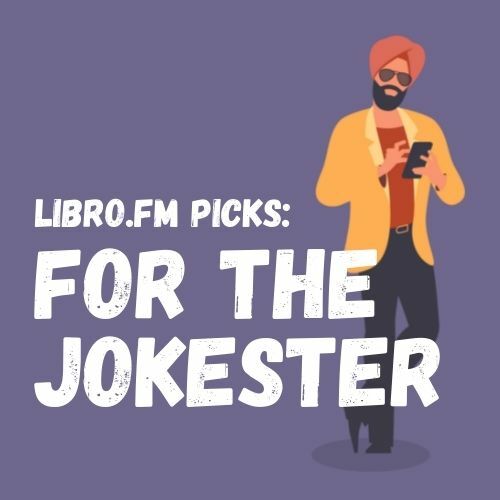 Libro.fm Picks: For the Jokester