Not only is Scarlett Parker's love life in the loo—as her British cousin Vivian Tremont would say—it's also gone viral with an embarrassing video. So when Viv suggests Scarlett leave Florida to lay low in London, she hops on the next plane across the pond. Viv is the proprietor of Mims's Whims, a ladies' hat shop on Portobello Road bequeathed to both cousins by their beloved grandmother, and she wants Scarlett to finally join her in the millinery business.

But a few surprises await Scarlett in London. First, she is met at the airport not by Viv, but by her handsome business manager, Harrison Wentworth. Second, Viv—who has some whims of her own—seems to be missing. No one is too concerned about the unpredictable Viv until one of her posh clients is found dead wearing the cloche hat Viv made for her—and nothing else. Is Scarlett's cousin in trouble? Or is she in hiding?

A true Anglophile, New York Times bestselling author Jenn McKinlay loves all things British. In her idea of a perfect world, every day would include high tea or wearing a fabulous hat, or both. This adoration of all things U.K. inspired her to write the Hat Shop Mysteries, which are set in London, one of her favorite cities in the world. She now gets to visit there regularly-for research purposes, of course. In addition to being the author of the Hat Shop Mysteries, including Copy Cap Murder and At the Drop of a Hat, Jenn also writes the Cupcake Bakery Mysteries and the Library Lover's Mysteries.

A native New Englander, Karyn O'Bryant is a graduate of the American Academy of Dramatic Arts and also has a degree in English literature. She combines these two disciplines in her audiobook narration, where she gets to play with her many voices and dialects. Among her audiobooks are The Mote in Andrea's Eye by David Niall Wilson, The Map of Lost Memories by Kim Fay, and Desire by Amy Wallace. Karyn has several television appearances to her credit, as well as over twenty-five years of experience in stage productions in New England, Germany, and Los Angeles, where she currently resides. 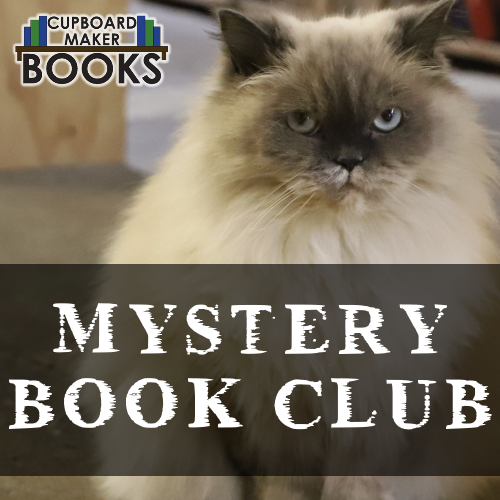