“Adrian McKinty goes deviously dark with her thriller, The Chain. Psychologically exhausting, The Chain drags the reader around like a run-away horse drags a rider! Fans of suspense should put this book right at the top of their TBR piles. Really well read by January LaVoy, it's a great book to listen to on Libro.fm.”

When a mother is targeted by a dangerous group of masterminds, she must commit a crime to save her kidnapped daughter—or risk losing her forever—in this "propulsive and original" award-winning thriller (Stephen King).

It's something parents do every morning: Rachel Klein drops her daughter at the bus stop and heads into her day. But a cell phone call from an unknown number changes everything: it's a woman on the line, informing her that she has Kylie bound and gagged in her back seat, and the only way Rachel will see her again is to follow her instructions exactly: pay a ransom, and find another child to abduct. This is no ordinary kidnapping: the caller is a mother herself, whose son has been taken, and if Rachel doesn't do as she's told, the boy will die.

"You are not the first. And you will certainly not be the last."Rachel is now part of The Chain, an unending and ingenious scheme that turns victims into criminals—and is making someone else very rich in the process. The rules are simple, the moral challenges impossible; find the money fast, find your victim, and then commit a horrible act you'd have thought yourself incapable of just twenty-four hours ago.

But what the masterminds behind The Chain know is that parents will do anything for their children. It turns out that kidnapping is only the beginning.

"McKinty is one of the most striking and most memorable crime voices to emerge on the scene in years. His plots tempt you to read at top speed, but don't give in: this writing—sharply observant, intelligent and shot through with black humor—should be savored."
—Tana French

"A masterpiece. You have never read anything quite like The Chain and you will never be able to forget it." —Don Winslow

"Diabolical, unnerving, and gives a whole new meaning to the word "relentless". Adrian McKinty just leapt to the top of my list of must-read suspense novelists. He's the real deal."
—Dennis Lehane

"Pairing an irresistible concept with a winner protagonist, The Chain promises to be your new addiction once you succumb to the first enticing page."
—Alafair Burke

"A grade-A-first-rate-edge-of-your-seat thriller. I can't believe what went through my mind while reading it." —Attica Locke

Adrian McKinty was born and grew up in Belfast, Northern Ireland during the Troubles of the 1970s and 1980s. His father was a boilermaker and ship's engineer and his mother a secretary. Adrian went to Oxford University on a full scholarship to study philosophy before emigrating to the United States to become a high school English teacher. His debut crime novel Dead I Well May Be was shortlisted for the 2004 Dagger Award and was optioned by Universal Pictures. His books have won the Edgar Award, the Ned Kelly Award, the Anthony Award, and the Barry Award and have been translated into over twenty languages. Adrian is a reviewer and critic for the Sydney Morning Herald, the Irish Times, and the Guardian. He lives in New York City with his wife and two children. 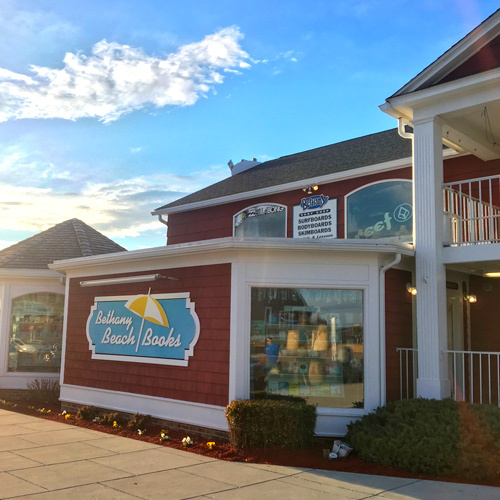 One of the best books of 2019... "There are many elements that recommend Adrian McKinty's The Chain: A devilishly clever plot, well-drawn characters that leap from the page, a writing style that verges on the electric and the imaginative way he is able to blend fear, panic and determination throughout each chapter. But the element that is most striking is the significant intelligence that goes into the story. Psychological notes are played deeply. Emotional chords are woven tightly to the plot. This adds immeasurably to the excitement, making it not merely a well-told page-turning thriller, but a truly sophisticated bit of novel-writing."—John Katzenbach, #1 internationally bestselling author of The Analyst "This nightmarish story is incredibly propulsive and original. You won't shake it for a long time."—Stephen King "We promise that if you make room on your summer reading list for The Chain, you won't be disappointed.This intense thriller...is sure to raise the goosebumps."—Lambeth Hochwald, Parade "A deeply unsettling story about the limits of morality, raising questions about the nature of good and evil and the depths of parental love."—Joumana Khatib, New York Times "A chilling, diabolical page-turner you'll want to savor."—People Magazine, Book of the Week "Diabolically gripping. Adrian McKinty has written a novel that's nail-biting, smart, and convincing, with a plot-jolting twist that readers of Gone Girl will love. Hang on tight, because once you start this book, you can't stop-like the characters in the story, you'll be caught in The Chain."—Meg Gardiner, author of Into the Black Nowhere "The Chain is that rare thriller which ends up being highly personal. ..a satisfying and deeply rewarding read."—Tod Goldberg, USA Today "McKinty hangs on to his wit and literacy even under duress...Beneath its surface of high-speed thrills, "The Chain" is clearly the work of the philosophical thinker McKinty has always been."—Janet Maslin, New York Times "The Chain is a grade-A-first-rate-edge-of-your-seat thriller. I can't believe what went through my mind while reading it--the things I might be willing to do to save my child."—Attica Locke, author of the Edgar Award-winning Bluebird, Bluebird "Adrian McKinty is one of those rare writers who creates characters and dreams up stories that are consistently real and sizzling."—Jeffrey Mannix, The Durango Telegraph "A mesmerizing excursion into a chilling crime that challenges the protagonist and reader in unimaginable ways."—Mark Rubinstein, CrimeReads "Scary, plausible, gripping."—Ian Rankin, internationally bestselling author of In a House of Lies "This high-concept rollercoaster--dubbed "Jaws for Parents" in a striking blurb by novelist Don Winslow--is the one that will have readers talking this summer. . . . The Chain turns out to be awfully hard to put down."—Connie Ogle, Newsday Expand reviews