A Secret History of the Urban Age
by Annalee Newitz

“Analee Newitz looks at the fate of four so-called 'lost' cities on three continents in this book. They describe the way modern day archeologists are turning their findings into stories about what life was like in these early urban centers. For a book about falling civilizations, I found it incredibly optimistic! Political and environmental factors may have led to their downfall, but Newitz discusses the way people found ways to resettle and thrive elsewhere (and as someone who sometimes worries about political and environmental issues, I found this very comforting!)”

In Four Lost Cities, acclaimed science journalist Annalee Newitz takes listeners on an entertaining and mind-bending adventure into the deep history of urban life. Investigating across the centuries and around the world, Newitz explores the rise and fall of four ancient cities, each the center of a sophisticated civilization: the Neolithic site of Çatalhöyük in Central Turkey, the Roman vacation town of Pompeii on Italy's southern coast, the medieval megacity of Angkor in Cambodia, and the indigenous metropolis Cahokia, which stood beside the Mississippi River where East St. Louis is today.

Newitz travels to all four sites and investigates the cutting-edge research in archaeology, revealing the mix of environmental changes and political turmoil that doomed these ancient settlements. Tracing the early development of urban planning, Newitz also introduces us to the often anonymous workers—slaves, women, immigrants, and manual laborers—who built these cities and created monuments that lasted millennia.

Four Lost Cities is a journey into the forgotten past, but, foreseeing a future in which the majority of people on Earth will be living in cities, it may also reveal something of our own fate.

Annalee Newitz, a contributing opinion writer for the New York Times, is a founder of io9 and former editor-in-chief of Gizmodo. They are the author of Scatter, Adapt, and Remember and the novels Autonomous and The Future of Another Timeline. They live in San Francisco.

Chloe Cannon is a non-union multi-genre audiobook narrator living in the Mid-Hudson Valley region of New York. Audiobook narration seized her interest when reading aloud to local seniors, who informed her that her reading sounded "just like their audiobooks!" Since then, she has narrated titles in a variety of genres, including young adult, sci-fi/fantasy, romance, self-help, thriller/suspense, sports memoir, and biography, with a special affinity for young adult/middle grade works. Her "shapeshifting" voice provides depth to each character within a story. AudioFile magazine has reviewed her narration: "Cannon sounds so authentic that it's impossible not to be moved." 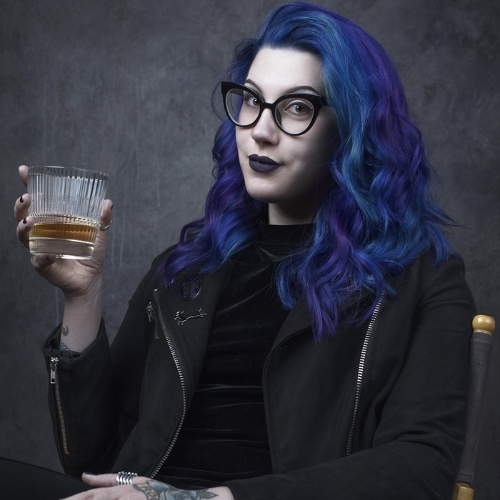