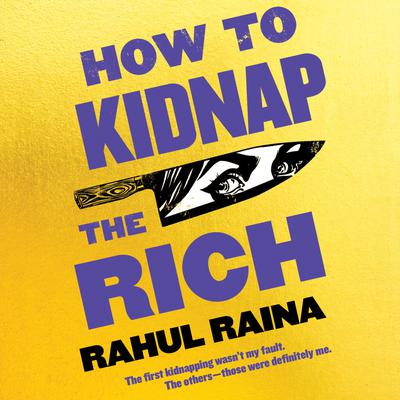 Currently not available
Check back soon or contact us at hello@libro.fm.

How to Kidnap the Rich

The first kidnapping wasn’t my fault. The others—those were definitely me.

Brilliant yet poor, Ramesh Kumar grew up working at his father’s tea stall in the Old City of Delhi. Now, he makes a lucrative living taking tests for the sons of India's elite—a situation that becomes complicated when one of his clients, the sweet but hapless eighteen-year-old Rudi Saxena, places first in the All Indias, the national university entrance exams, thanks to him.

Ramesh sees an opportunity—perhaps even an obligation—to cash in on Rudi’s newfound celebrity, not knowing that Rudi’s role on a game show will lead to unexpected love, followed by wild trouble when both young men are kidnapped.

But Ramesh outwits the criminals who’ve abducted them, turning the tables and becoming a kidnapper himself. As he leads Rudi through a maze of crimes both large and small, their dizzying journey reveals an India in all its complexity, beauty, and squalor, moving from the bottom rungs to the circles inhabited by the ultra-rich and everywhere in between.

A caper, social satire, and love story rolled into one, How to Kidnap the Rich is a wild ride told by a mesmerizing new talent with an electric voice.